A Piranha in Your Tank 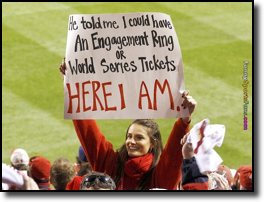 Which is more difficult, getting to the World Series the first time, or repeating the following year? Both require great talent, but the motivation has got to be a little harder to muster after you’ve had that magical first experience. What about the third and fourth times?

Many competitive activities have the concept of a sophomore slump. The sophomore slump occurs when a rookie athlete has an outstanding first year and then reverts to more normal standards the following year. It appears to all that he has regressed, except for the statisticians who know this to be a normal phenomenon called “regression to the mean.” The first year was the anomaly, not the second.

Repeating excellent results is a difficult task. Whether the first success was just luck or not will not be known for years. Sometimes companies confuse early success with some sort of birthright and lose sight of how hard it is to repeat. Even if your company has an initial string of successes, how do you emotionally gear up for an even bigger challenge?

If you’re a baseball fan, you likely know that the American League’s New York Yankees have won the World Series over 25% of the time. But only three times in the history of baseball has a National League team repeated – and only one of those repeats occurred in the last fifty years. What is the Yankee’s secret sauce? 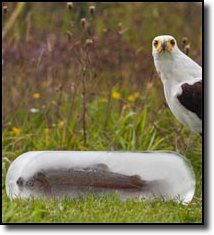 Many years ago a frozen food vendor had challenges in starting a new line of frozen fish. They tried a variety of techniques including holding the fish in the tank until the last moment. Each one resulted in “flat” tasting fish.

One day someone suggested adding a predator fish to the tank. It worked! According to innovation author Roger von Oech, “the fish kept moving and retained their vitality.” This vitality kept the fish fresher tasting, even on the bun.

To continue to grow a company after a hot streak of success requires continuous innovation. The difficulty with innovation is that it takes a lot of failures to produce the one or two big successes a company requires. For a company that has tasted years of success, repetitive failure can really mess up their corporate mojo.

So how do you add vitality to this tough process of repeating sucess? Put something at stake.

Add a predator to the tank.

Ever notice the correlation between the last year of a player’s contract and his higher than typical performance that year? Contracts are a natural predator. Note that in the following year after the new contract, when the predator is gone, a player typically regresses back to his mean.

New York’s predators are their own fans and sportswriters. No manager of the Yankees could ever describe his job as being comfortable – even immediately after winning a championship. Living in Milwaukee or Atlanta I never felt the presence of a predator. Even when I lived in Chicago there’s a general feeling of, “That’s our Cubbies.” The Cubs have become, to paraphrase Antonio Salieri from Amadeus, the patron saint of mediocrity. 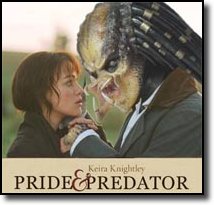 What are the things in your personal tank that keep you successful? Do you have a personal predator – one who constantly nags at you to find a better solution? Do you have someone in your life that could threaten your reign at the top? Who is keeping you from settling in to a comfort zone?

Let’s not confuse a predator with an accountability partner that wants to help you improve. We all have friends that will keep us honest. Many of us have mentors that push us even harder. A piranha in the tank is not there to help the fish get better. He wants to eat them. Friends and mentors are awesome, but they are not enough.

A former CEO at Internet Security Systems used to refer to our competition in a way that made them our predators. He would often say, “Those people want to steal the food away from your babies.” He personified them to the point that we had company funerals whenever a competitor was acquired or went out of business. Tom Noonan knew the value of a predator.

Take a moment and think. Who are your predators? Your odds of a repeat championship season are greatly reduced without one. If you don’t have one, become successful – they’ll find you. Just make sure you are fully aware what they want.