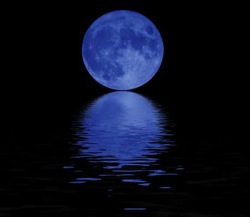 I suspect the right brainers out there are now singing to themselves “You saw me standing alone” while the left brainers are reflecting on the fact that this is the first time in 19 years we’ve had a Blue Moon on New Years Eve.I think it was somewhere around 19 years ago that I last attempted a New Year’s resolution. I generally detest them because they are a constant reminder of failure. When is the last time you made it through the year with one in tact? But hey, it is a Blue Moon and I’d hate to waste the opportunity.

Therefore, I hereby declare that in 2010 I resolve to ask more questions.

Why? (ok, bad start – not really a question) Well, the obvious – to grow, to learn, to better understand. However, there are many more reasons. Did you know that…

Let me add one more, the one I consider the most important – it’s inclusive. For those of you on Facebook try this little experiment. Post a declarative update like “Rode 40 miles today.” Watch the response. Now post a comment like “I think Mr. Roboto has got to be the worst song of the 80’s. Can anyone top that?” What happened?

Here’s the odd thing, despite its importance never once in any of my high school, college or post graduate training have I been taught how to listen. You probably haven’t either as only 2% of us have had any formal training in the art of listening. Yet I did once take a course in high school on how to make my own shirt and create a soufflé, neither of which I have ever done in my life since (and shouldn’t have done the first time). 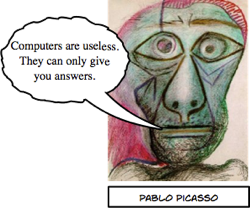 Despite never having had a course on the subject, I have done quite a bit of reading and research on the topic over the years and understand its importance. The problem is that I know it in my head yet I still fail in my daily routine. Why? Because it is hard. It requires practice and for most of us our egos make it unnatural.

Albert Einstein once said that the definition of insanity was “doing the same thing over and over again and expecting different results.” Since I am not satisfied with my progress to date, I clearly need a different approach. Maybe my once in a blue moon resolution is that approach.

Today’s Question
Has anyone ever told you that you were a good listener? If so, what do you do that is different than the rest? If not, does it matter to you?