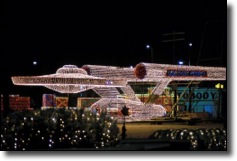 Eight years ago I made one of the best decisions of my life. That was the year I stopped putting up outdoor Christmas lights.

What first started out as a few multi-colored lights around our shrubs, progressed to lighting all the trees, the eaves, and visions of interactive audio and video dancing in my head. I had to – the neighbors were keeping up.

Every year I had to keep adding more lights so that I wasn’t the lamest looking display in the neighborhood. Each ensuing year became more stressful than the previous year. The setup time went from hours, to days, to weekends. The dread of having the post Christmas blues combined with the increasing manual labor required to take the decorations down became too much. For such a happy time of the year, I was miserable 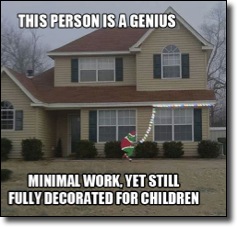 So I stopped. Robert Frost was right, “And that has made all the difference.” Christmas joy has returned with that one simple act.

What is it about the human spirit that makes us want to compare and compete with others? Sure, we would all like to think that we don’t care what others think about us, but every one of us do. It’s in our core.

I have two Christian friends of very strong faith, Janet and Susan. Janet is one of the most amazing Christians I have ever met. She walks her faith every moment. Her constant worship, study habits, and child-like faith lead her every moment. She amazes me.

Susan is more like me – a typical devout Christian. Beautiful in her faith, Susan was inspired by all that Janet was doing. Every day she would see the wonderful things that Janet did that day, in constant praise of her Creator. After a few years, Susan decided she needed to drop Janet as one of her Facebook friends. It wasn’t because Susan didn’t love Janet. It was because Janet set a bar so high that all Susan could see is how she fell short. 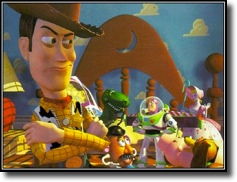 Gore Vidal said, “Whenever a friend succeeds, a little something in me dies.” It’s as if we all took the term human race, literally. I can imagine that if Twitter were around at the time of Christ’s birth, that the fist shepherd on the scene would have sent “First!”

Why is there such a need to use others as our life’s yardstick? Is it wrong to be in a state of constant comparison?

I wish I knew the answer. On one hand, sometimes it’s the differences between us that create a desire to become better. In the words of the great poet Neal Peart, “The spaces in between leave room for you and I to grow.” On the other hand, keeping up with the Jones’ has become such a prevalent condition that it has its own expression.

I had been thinking about this topic for the better part of a day last week, when I decided to sit down at the piano and play a little Trans-Siberian Orchestra. As I played through one of my favorites, Dream Child, a verse stood out like never before.

And then I asked that Child

Why this night has a star

And he said, “So we’d know that we could see that far.”

That was it. Janet was that star. Janet let us know that it was possible to see that far. Those crazy houses all magnificently lit up are another star. So is Mother Theresa. So are all of the members of my small group. So are my friends on Facebook. Every single one of them have some aspect of their life that is a distant star to someone else – something we could never achieve, but are still in awe of as we look up at the night sky. 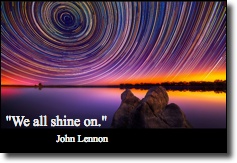 The problem is not in the brightness of that distant star, but the failure of each of us to recognize how bright our star is to someone else. Albert Einstein said it best, “Everybody is a genius. But if you judge a fish by its ability to climb a tree, it will live its whole life believing that it is stupid.” We are all an inspiration to someone else, whether it be a friend, a spouse, our children or someone we may not even realize.

As I sit quietly this Christmas Eve and ponder the stars, please know that each of you burn bright in my night sky. If you are not sure how, drop me a note and I will be happy to share that with you.