According to relationship expert John Gottman, “the best single predictor of whether a couple is going to divorce is contempt” Seriously? Not finances, sex or boredom? Nope – contempt.Contempt, the exhibition of a belief that someone is beneath you is actually better understood from the reverse. When Gothman studied great marriages he noticed that it was very common for a husband to think higher of his wife than she did of herself (and vice versa). Not in a make-believe sort of way, but truly and honestly.

I can personally attest to that in my marriage. My wife truly believes that I am a better person than I believe I am. Likewise I always think she sells herself short. She constantly amazes me.

This is not just restricted to marriages. It is true in our everyday relationships as well. Think of your favorite boss. Did they believe that you were capable of more than you had demonstrated? The best ones always do. I saw a bumper sticker the other day that said “I want to someday be the person that my dog thinks I am.” I think this is why a dog is considered man’s best friend. 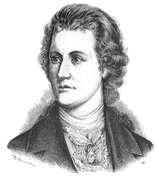 What if we were to intentionally do that for everyone – always treating them at their potential rather than only to what they had earned? It’s actually a very old concept, one that writer Johann Wolfgang von Goethe wrote about in the late 18th century:

But they haven’t earned it. Why should I give them what they don’t deserve? Because humans were designed to fill in vacuums. It’s why we climb mountains, its why we landed on the moon and why we have the X Games. We constantly strive to fill the voids.

Holocaust survivor and neurologist Viktor Frankl has a great explanation of this taken from his days learning to fly. When pilots encounter a strong crosswind they employ a technique called “crabbing”. Watch how Viktor deftly applies this concept to human relationships.

It’s like the old business adage that you should always dress for the position you want next – instead of dressing for success you respect for success. It’s a concept that started well before John Gottman, Viktor Frankl or even J.W. von Goethe. It’s called grace.

(A very special thank you to my dear friend Leslie Horacek for pointing me to the wonderful video.)

Today’s Challenge
Good: Take a real close look at each of your encounters with everyone you meet today. Which ones did you find more contempt like? Which ones were neutral? In any of them did you treat the other person at their potential state?
Better: In the previous analysis did you notice any common linkage between those in a given bucket? If so, what does that tell you?
Best: Focus on improving your interaction with one or two people. For the next month work at consistently treating them at their potential. If you do take this on, please drop me a note and let me know what you discovered.