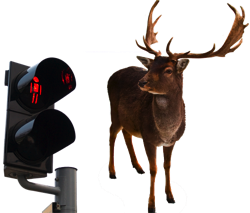 Yesterday I was listening to a senior politician state the “buck stops here”. What exactly does that mean? No, I know what the phrase means but what does it really mean? What happens as the result of the buck stopping there?If I were to say that I would intend that to mean a couple of things.

However a short while later he went on to implicate all of the other groups that had failed their assignments. This seems to be at odds with the first statement. He never indicated where he had failed, which seems to violate the second statement. Finally, I have not heard what consequences he absorbed as a result of this failure. He was not censured by his peers, he was not punished nor did he lose something of personal value. Seems like a rather hollow statement to me.

But that statement, like many others, is almost always hollow unless it is followed by immediate, demonstrable actions. Statements like “I take full responsibility” often mean as much as “let’s do lunch sometime”. Think about it, have you ever had someone say “We need to do lunch sometime” and then have them follow your nod of agreement by pulling out their calendar and saying “How about next Thursday at 11:45?” I have – and it made all the difference in the world.

The source of “hollowness” can usually be attributed to a small number of intentions.

If you are that speaker and your intentions were sincere, then the best thing to do is to not make the statement until you are ready to act on its promise. If it is a promise that holds future actions, put something in place that ensures you will follow through. Few things break down trust more than unfulfilled promises.

If you were ignorant and simply lacked the knowledge of what your statement truly meant then I suggest paying careful attention to the power of your words. Ask others to point out to you when you make a hollow statement. Accountability partners are a great way to improve.

If your intentions were insincere, then damn you.

Today’s Questions
What words or phrases have you heard that are hollow? Did you immediately know they were hollow when spoken?