If you are like me, one of the more inane and frustrating conversations you might encounter involves the simple question, “Where do you want to eat?” This seemingly innocuous question feels like a game of tic-tac-toe that is easily won or at least tied, but in reality it often requires the skills of a Chess Grand Master to resolve.

I am going to give you two lifehacks that will help you not only solve this question but also solve a whole series of related frustrating conversations. In the end, this same technique demonstrates why I am such a fan of early prototypes.

The first form of the conversation sounds like this:
“Where do you want to eat?”
“I don’t know. Where do you want to go?”
“Wherever, I don’t care. Any place is fine with me.”
“Well, just choose something.”
“Seriously, I really don’t care. You choose something.”
“Ugh.”
In the “Wherever” interaction, suggest a place you know will be rejected. With my wife and me it’s McDonalds. When people are seeded with an attempt, they feel a sense of obligation to reciprocate. When you throw out an option that elicits a visceral reaction, the other person is likely to offer an option that is better than McDonalds. Take it and shut up.

This technique is especially powerful when used in a group. Much like an engineer who wants to top the back-in-the-day story his friend just told, members of the group will seek to improve on the original offer until a suitable alternative is found.

.
The second form of the conversation forces the person asking the original question to perform some sort of Uri Geller like mind reading technique.

Instead of asking where she wants to go, ask, “Where do you not want to go?” It’s often easier to list the options we want to rule out rather than the larger list of possibilities. After she has given you her “not there” list, then you are free to choose the location.

These two techniques sound overly simplistic, but they work. These tactics work because of two human characteristics: 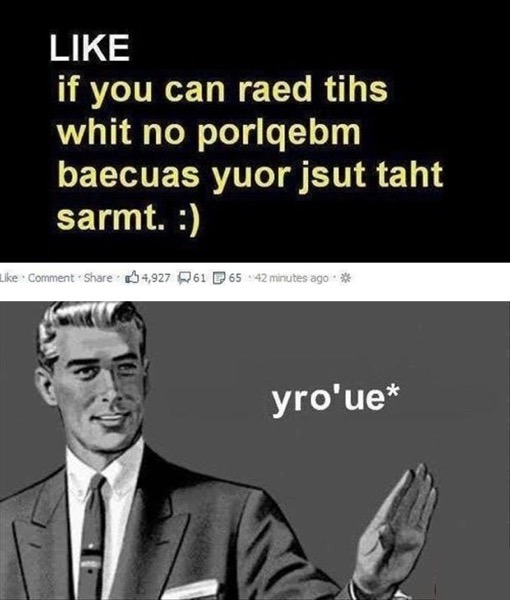 This understanding has affected my approach to rolling out new ideas. In the old days I was careful to be sure that any demo I put out had a certain wow factor. We all know the adage about first impressions. I wanted my demo to build confidence in my idea and me. I needed my audience to buy in so that I would be given the runway to continue.

I have always preferred to get prototypes out there for review, no matter how bad. I know that my stakeholders will air their negative feelings and offer their opinions on changes they would make. I give them McDonalds. Correcting what’s there is easier than creating from nothing.

Provoking your audience with something less than optimal will likely get you to the end state faster than waiting for a grand reveal of a more polished product.

You may have heard this idea referred to as an MVP (minimum viable product) by the Lean and Design Thinking crowds. Please do not confuse this improvisation model with that. The MVP may be one of the most widely misunderstood design terms of our times and likely a future article of its own. This is not about creating a product, neither viable nor minimum. It is about hypothesis testing. It is about uncovering things you may not have known. While this improvisational model is at the root of an MVP, the MVP comes with a different intent. 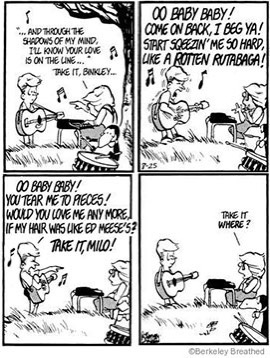 A few caveats. This provocation is intended for internal peers, stakeholders, and partners – not customers or even execs that expect a higher level of polish. There are still many situations where your goal is to demonstrate competence and gain trust and confidence in your abilities.

Second, I am not advocating the dismissal of proper up-front planning and design. Those pieces are critical elements of a successful product. Your first demo out of the gate has to be in the ballpark of being reasonable so that people can have a reasonable response. This implies that you have done your architectural homework. When someone asks where you want to eat, it does little good to say “Home Depot.”

Where do you go with that?

Finally, it takes a special kind of person to offer up a design that is badly flawed. It requires people who can separate their identities from that of the product. They must be able to accept product criticism, understanding that it’s not personal criticism. This is harder than it sounds.

We all improvise. We don’t have all the answers up front. Actually, we have fewer than we think. So why not try to get to a state where we can solicit feedback as quickly as possible.

You can’t improvise on nothing, man.