I Didn’t Know I Knew That 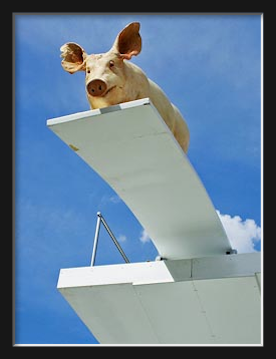 Instincts are a funny thing. Some of the greatest breakthroughs in history have been the result of trusting one’s instincts yet I can’t imagine any acceptable business plan that has “my gut tells me” as part of its rationale.

Why do these instinctual feelings that seem to point to the right answer need more solid reasoning before we move forward? What if we can’t find that solid reasoning – should they be abandoned?

“Trust the instinct to the end, though you can render no reason” – Ralph Waldo Emerson

What happens when we demand reason over instinct?

We have this juice container at home that has two caps on top for pouring. One is simply an open hole while the other has a strainer built in. I prefer to use the open hole side as the strainer can cause mess. Both sides look identical so anytime I open the container I have a 50-50 shot at selecting the right one.

After a week of use those odds weren’t playing out. It seemed that every time I opened the container it was the right side. I couldn’t explain it as there appeared to be no differences between the sides; that was until I looked very closely at the two caps. 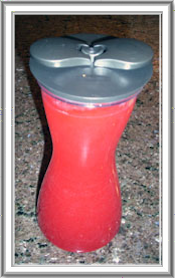 Some of these come from data, hints and suggestions that our body reads but our mind is not aware is available – the juice container for example. These are harder to trust because we can’t explain why we believe something to be true without conscious involvement. This is the heart of our gut feelings. It’s probably the result of a situation you encountered long ago but don’t consciously remember. It may be the result of a million different imperceptible clues that you don’t notice but that your mind has assembled in unexplainable fashion.

The key is that our other senses are fully capable of doing their job without our conscious involvement and that is especially true with our reasoning. The difficulty comes when we ask our brain to rationalize this type of decision.

Back to the juice container…

When the magic behind my ability to open the correct cap on the juice container was revealed I thought it would help the situation by making it more concrete or rational. I made a small cut in the cap so that I could up the odds from 99% to 100%. 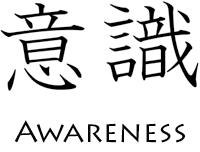 Unfortunately just the opposite occurred. With brain engaged it now took a few seconds longer to process the data. Conscious thought takes longer that gut reactions; it’s a very critical element of our fight or flight genetics. For fear of making the container look beat up I made the cut rather faintly, just enough so I could see it. The problem is that I am also impatient. When the container is pulled from the refrigerator if I can’t determine which is the correct side quick enough I choose to guess. I know that my much faster subconscious mind knows the answer but I am waiting for my conscious mind for the proof. Result:

Because I trust my rational though over my instincts I still use the weaker system. My brain is happy because I can explain it but the results have deteriorated.

All because I couldn’t trust my instincts.

Let’s say that you are on a game show where you have 20 seconds to come up with an answer. You are accompanied by 11 of your closest friends that can help you, but you can only choose one. This group includes 10 of average intelligence and 1 that is off the chart brilliant. When a question on biology comes up one of the average 10 raises his hand instantly. Would you choose to risk waiting for the 1 brilliant friend to answer or go immediately with the first hand that came up?