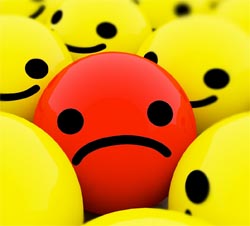 There are a lot of good reasons why people can suck at their jobs. One of the biggest may be you, their manager. Yet it is very possible that the entire rest of your team may have had a fantastic year for the very same reason – you, their manager.

So is the problem you or your poor performing employee? Yes and Yes or possibly No and No or maybe Neither. Some situations may require you to back away from assigning blame and instead look at the environment.

I have a friend, Sean, at a former job who was an enigma to me at first. In his first role at the company Sean flourished and developed an excellent reputation. When I asked him to join a different project the results were not so hot. When he moved into a different project he kicked tail again and got his mojo back. Next project – eh, kind of lukewarm again.

When Sean and I sat down to figure out what was happening it became clear that he was an environmentalist. Not in the typical meaning of the word but in a stretch of the definition that applies to the workplace. Sean’s work was dramatically affected by his environment; his manager, his role, his peers. I know that everyone is to some extent but some of us are plowers – we can bulldoze through tough environments and still be productive. Sean’s output was far more dictated by his environment than his talent. Right environment – brilliance. 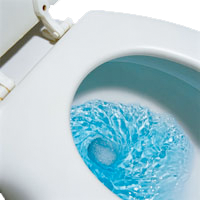 Some people are environmentalists to an extremely high degree. They are connectors. If they do not have the right leader providing the right environment this future superstar may turn into the next person out the door. It is critical to know who are strong environmentalists and who are not.

How do you do that?

Clearly you could wait a couple of years and observe the successes and failures; or you could simply ask them. As we get older and have paid attention to our failures as well as our successes we often know what works for us. Yet has anyone ever asked you in an interview “What types of environments suit you best?” Not likely.

Better yet, have you ever given an employee a poor performance appraisal and said

“I have seen you knock it out of the park on other projects and yet on mine you really stunk it up. It must be me.”

I am not saying to excuse the person of a poor performance but instead suggest that the response to such a review may not be to fire the person but to find a better environment.

Exclude 1 Rule – Every employee should be allowed to designate 1 person that can never be made their manager. Everyone else is fair game.

I developed and shared this rule with many of my former teams in case they wanted to invoke it on me. In other words they had permission to say “Joe, you’re the one I declare as my exemption. Can you help me find another manager.”

While this is not practical in many situations it does emphasize the point. Despite how brilliant both sides may be, everyone has someone that doesn’t connect. It doesn’t matter how hard each party tries to make it work, it won’t. It’s like teaching a pig to sing – it wastes your time and annoys the pig.

So as review time comes along be aware that to an environmentalist the most powerful way to improve their performance may be to remove yourself from the equation and find a better place or role for them.

Today’s Question
Are you a plower or and environmentalist?