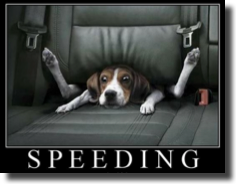 “Have you ever noticed that anybody driving slower than you is an idiot, and anyone going faster than you is a maniac?” George Carlin was a comedic genius. His knack for getting to the heart of our irrational engine of thought and self-preservation was typically spot-on.

I learn a lot about myself while in a car, especially in the quagmire that is Atlanta rush hour. Last week I was a passenger as my friend drove through a series of lane closures. A gentleman in the lane next to us decided to wait until the very last moment before merging into our lane. “What a jerk,” my friend Sam exclaimed. I was taken back by his comment. Sam is the nicest of all known men. In his vocabulary, jerk is a four-letter word. Clearly this guy had done something that hit a nerve with my friend.

Sam proceeded to tell me that the other driver should have merged a lot sooner. Instead, the driver decided to rush up the right side, passing all the others that had decided to merge earlier and demand to be let into line at the end. Clearly this “jerk” thought he was special.

I told Sam that technically this jerk was doing the right thing. According to Tom Vanderbilt’s fantastic book Traffic, studies have shown that the most mathematically effective way to merge traffic is for a merging car to wait until the very end to squeeze in. It is actually all of the others that are merging before that cause the slow downs attributed with this basic road maneuver. I told Sam about the accordion effect, multi-point disturbance models, and other mathematical reasons why all the good guys are doing it wrong. So maybe this guy was a mathematical genius and not the jerk that most others believe him to be.

Sam, in the gentlest manner possible, responded, “No, this guy is a jerk.” 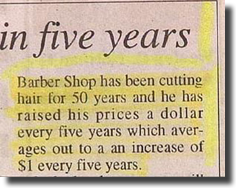 I knew Sam was right. However, I had given him an opportunity to find a better way to look at the situation and he didn’t want to adopt it. Giving the driver credit he likely didn’t deserve wasn’t something Sam’s highly rational thought processes could accept. To be honest, deep down, neither could I.

Assuming positive intent is at the core of my engine of desires. I so badly want to find a path that gives everyone the benefit of the doubt, yet, everyday I fall woefully short.

Despite the fact that assuming positive intent gives us an out, a way to free our pent up anger, our rational selves cannot accept a construct that appears irrational. Classifying this other driver as a jerk may have been technically correct, but it cost us our otherwise cherub-like demeanor. The alternative was to assume this guy was a mathematical whiz kid, or at least had read the same book I had, and applaud hm for doing the right thing thereby releasing Sam and me of the emotional baggage.

The natural tension created by trying to assume positive intent when it doesn’t seem like there is any is essentially an argument with yourself. Do you want to believe the unlikely scenario and be free of the anger or hold that grudge and be intellectually honest?

One of the best pieces of advice I have received about negotiations came from a three-day Harvard Law course I was blessed to have had the opportunity to attend. The professor reminded us that when arguing a point, it is not your goal to win the argument, but to get your way. I was basically having an argument with myself on whether this guy was a mathematician or jerk. When it comes to assuming positive intent in others, I consider accurately determining whether the guy was a jerk or a mathematician equivalent to winning the argument. Getting my way would be to remain in the wonderful mood I had prior to the incident. Assuming positive intent essentially comes down to this basic internal struggle, do you want to win the argument or get your way?

I therefore declare that the guy in the small black muscle car was a mathematician.