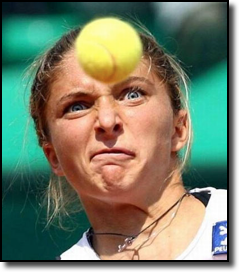 I would hate to be a professional athlete. I love sports, but the mindless interviews and constant microscopic analysis of every word I said and every move I made would drive me crazy. That was obvious this in this past week’s NFL draft. It was also a great lesson in learning to lead others.

West Virginia’s Geno Smith was arguably considered the best quarterback in the draft. Everyone expected Smith to go in the first round of picks. Athletes of this caliber are often invited to attend the Radio City Hall event, sitting in the green room. The green room is a place where guests wait before coming on stage, often filled with backstage cameras.

One of these cameras was focused on Smith throughout this painful ordeal. It was painful because Geno would be passed over by every single team in that first round. The national audience could see the disappointment in his face every time a potential suitor selected someone else. His head would look downward to try and absorb the bitter pain of the evening not living up to his expectations. Then, to cap the evening off, Smith decides he will return home rather than face the green room audience the following night. 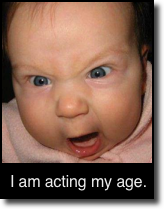 The media had a field day in response to his decision. “Immature,” they would say, “demonstrating why no one wanted him in the first round.”

Wow, really? Those that criticize Smith clearly don’t understand the ultra-competitive persona and how they view the world. Sure, many of us would say that we are competitive – we thrive on beating our challenges. There is a difference, though, between normal competitors and those who are ultra-competitive.

To an ultra-competitor, there is little sense in doing something if there can’t be a winner. If there isn’t an official winner, they will re-stage the event in their mind so that it can be won. In their mind, futility is not in continually losing, but in not having the opportunity to win.

To the ultra-competitive, losing is as painful as winning is euphoric. That’s why Smith reacted the way he did. In his mind, this was his current Super Bowl. It’s hard for us that are not as competitive to understand the depth of failure that Smith felt after 38 rejection letters. To me, his response was to be expected.

The problem is that Smith didn’t create a competition for his emotions. If he did, then he lost. Geno was likely focused on one competition, winning the draft. He forgot that there was another game going on – look like a leader. Geno’s maturity will come when he sees his public perception as every bit a daily competition as his team’s wins and losses. 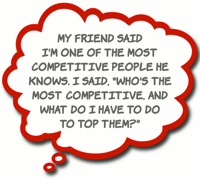 The professional athlete is not that far off from our work reality. Many of us face ultra-competitors at work, or may even have them as part of our team. I would venture that 10-20% of the employees in a company are ultra-competitors. I think sales teams ratchet that number to 80%. These people can be as incredibly beneficial as they are destructive. The key is how you manage them.

If you’ve ever watched an episode of The Dog Whisperer, you’ll know that one of the biggest reasons a dog behaves badly is because it is not doing what it was designed to do. In the case of service dogs, they need to be of service. The host of the show, Cesar Millan, will often put a backpack on the ill-behaved dog so that it can carry water for its master. It is amazing how something so simple as a backpack can turn bad behavior into good.

The same is true with the ultra-competitive. They were designed to compete. Creating an environment where they can’t win is like removing their backpack. They will create their own competitions, likely destroying what you are trying to achieve. You need to create and be in control of their competitions. 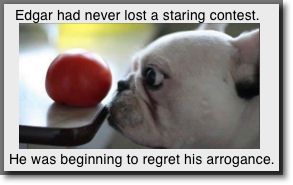 Their competitions don’t have to be with others, unless of course the other person is an ultra-competitor and they both recognize their roles. More than likely, the competition will be with themselves. Instead of setting goals that have fuzzy endings, like “increase revenue,” you will need to have a finish line that can be crossed. The finish line has to be difficult, something they perceive no one else can accomplish. Sales organizations accomplish this through quotas.

Keep in mind that the same environment you create for your ultra-competitors will likely ruin the rest of your team if this technique is applied globally. It’s a chess game, not checkers. Every piece has a different goal and purpose.

We all have our Geno Smiths. We can’t criticize them for being bitterly disappointed when they lose. We should be disappointed that we thought they could feel any differently.