And Now, the Rest of the Story 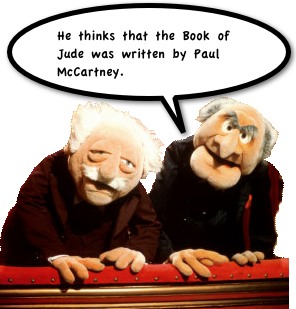 It was Sunday morning at North Point Community Church. Andy Stanley had just finished his sermon and was about to pray when a voice from the back took center stage.
For about 45 seconds an unknown man had the opportunity to reach thousands of people and enlighten people on why Andy was not preaching the way God intended.

If you were Andy, how would you have responded?

The PR handbook teaches us to ignore the distraction and move on. No sense in giving credibility to the event by acknowledging it happened. Or would you simply look to the audience and say, “My apologies for the distraction?” Maybe just look up and shrug your shoulders and a bit of a perplexed look? How about a quick heckler comeback?

Andy looked up at the audience and explained that there are a group of Christians that don’t agree with the way he teaches. He gave background on what they believed and respectfully disagreed with their position.

He didn’t put them down, he didn’t claim superiority, and he didn’t try to create sides.

More importantly, he respected his audience. He saw his audience as equals and felt they deserved to know what was up. He never hesitated. He brought them into the story because they were now part of the story.

How many times have you been part of the story only to have your boss not fill you in on the storyline? Do you have an assignment where you are only being told your part and not the bigger picture? Not sure why you were asked to do something thinking there must be a reason? 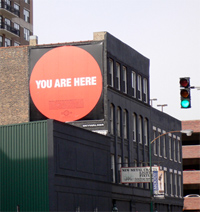 We all want to have a map that says “you are here.” We also need to see a map of the world to understand where we fit in the big picture. So why do we often fail to get the information we need?

As a follower, there is not a lot you can do about the first two. Fortunately, they are the minority of situations. The third one is in your complete control. Just ask – or do you feel stupid? Imagine how stupid you will feel if you blow the assignment because you didn’t ask the right questions in the beginning? I’m constantly amazed how often someone will do their assignment not knowing why they are doing it or where it fits in the bigger scheme. Just ask. 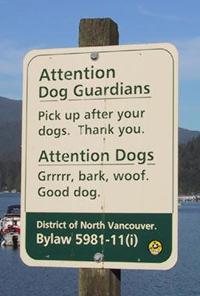 As a leader, do a gut check. Do you truly respect your team? If so, are you giving them the inside story? Have you handed over all the elements that gave you insight? Are you comfortable with them having all of the information they do or does that threaten you? Do you encourage your employees to ask for the bigger picture?

Leaders – here’s the deal. If you don’t give your teams the full story they will create one of their own. If someone left the company, explain why. The story they create will be much worse. If you are asking them to do a menial task, explain where it fits and why they were chosen. If you don’t, they will assume they are being marginalized.

Imagine the buzz on the street if Andy just simply carried on as if the heckler never spoke. The rumor mills would have been rampant with made up stories, each one with added personal flavor. Instead, he respected his parishioners and knew they understood there are many people that disagree with his teachings. Because of this, it was pretty much a non-event and the buzz stopped quickly.

And then we, as a single corporate body, with thousands of individual minds, and millions of personal opinions, carried on with our mission.