…and Thanks for All the Fish 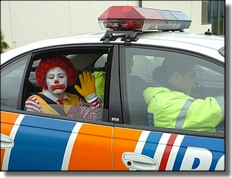 I hate goodbyes. I can’t imagine anyone really likes them, but I loathe them. Everything is so awkward. Should I hug or is a handshake the best protocol? What if I say the wrong thing? What if someone starts to cry?

A couple of weeks ago I had to say goodbye to my coworkers – friends who I had really come to love and respect. Having just tendered my resignation, the two weeks that followed became a swirl of emotions. Those two weeks also taught me some lessons that I wished I would have learned much earlier in my life.

This is Your Tombstone

We all have many mini-tombstones written in our life. When each scene of our own personal reality show is finished, we will have something etched on that stone that attempts to capture how we will be remembered. We don’t get to write it. It is written by others.

During your final weeks on a job, it will be a flood of goodbyes. Each parting conversation will give you insight into what others think should be written on your stone. You will hear words that tell you what you meant to them. They might recall one special moment or a general sense of how you influenced them. It can be a powerful experience.

When you leave your job, what do you want written on your mini-tombstone? 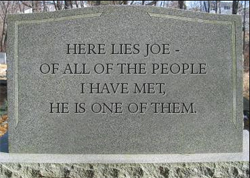 When you begin your new job, start with the end in mind. Think about the words you want to be remembered by when you eventually leave. Be purposeful in your actions. Being purposeful assumes you have a purpose defined. Knowing what you want written on your mini-tombstone is a great way to establish your purpose.

You Are Not All That
I was emotionally blown away with all of the kind words and stories that I heard my last two weeks. I had never realized how wonderfully connected I was, even to people who only knew me through my weekly column at work. These stories really touched my heart. I felt

undeserving of what I had heard. Why in the heck was I leaving such amazing people and incredible relationships?

Then I realized that I am not all that. No one is. The people that decided to bid me farewell were the ones that had something positive to say. There was a long line of people that were quite happy to see me go. If I wanted an accurate picture of the effects I had on others, I needed to hear both sides. But I won’t. Thankfully discretion prevails in situations like these and we can leave feeling good about our contributions.

While it is wonderful to hear all of the kind words, don’t let it affect your ego. Let the words warm your heart. Enjoy the moment and feel the wonderful connection you made with the person giving you the encouragement. When the moment is over, don’t let your ego win. You are still the same guy who forgets to pick up his underwear off the bedroom floor.

These Might Be Your Last Words
Author extraordinaire Ben Zander tells a powerful story of a brother and sister who were on a train headed to the prison camps at Auschwitz. Realizing her brother had lost his shoes, the young girl told him, “Why are you so stupid. Can’t you keep your things together – for goodness sake?” Those would be the last words the young girl would say to her brother as he was swept away to a different part of the camp to never return.

After surviving the hell that was Auschwitz, the young girl vowed, “I will never say anything that couldn’t stand as the last thing that I ever say.”

Wow – just wow. Those words have forever changed the way I look at my interactions. What if the conversation that I just had with a friend was the last we will ever have?

It is likely that most of the last-week conversations you have with your coworkers will be the last one you will share. You will have all the best intentions to stay in touch — but you won’t. Life happens. You may be lucky enough to cross paths again. The odds are against that for most that you work with. In essence this will be your last conversation you have with them. What do you want those last words to be?

Tell Them Now
I was stunned my last two weeks. I never knew the impact my writing had on folks I never met. I never realized that instead of being the guy who is oddly different from everyone else, that I was viewed by many as a breath of fresh air and hope for a change in culture. There were so many weeks of writing that I had wondered if anyone was reading and if any of my columns really mattered. I took the lack of feedback as disinterest. Why did it take until the last week for me to realize that? 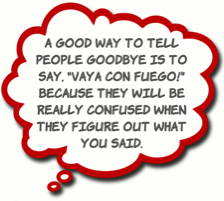 As I started hearing those final words from people I would likely not see again, I realized I wanted to share what they meant to me. No, this wasn’t their last day – but why wait? I won’t be there for their last week.

For every handshake, phone call, or email I received, I made sure to tell them what they meant to me. By turning this around and focusing on them, I became more comfortable with the conversations. I smiled whenever I thought about a great moment we shared, or how they had made a difference in my life.

Then I realized, why am I waiting until now to tell my friend how much they meant to me? I should have said this before today. Last-weeks shouldn’t be about surprises. It’s like writing an article – you don’t put new material in the closing paragraph. The last paragraph should be a recap of what the whole story was about. Don’t wait until the last week to tell someone what you mean to them. Practice it often.

While it was a tough couple of weeks, I will forever smile when I think about all of those wonderful conversations. Each word is etched in my mind. I am grateful to have had the chance to work with some truly remarkable people.

As the great philosopher Semisonic artfully decalred, “Every new beginning comes from some other beginning’s end.” It’s comforting to know that I take with me a new awareness that I didn’t have before. I will make sure that I start with the end in mind – knowing what I want written on my mini-tombstone when my days end in my new role. I want to make sure everyone knows how valuable they are to me at other times other than their last week. I want them to hear the same warm thoughts that I received from my dear friends at my last job. I want to try and never say anything that couldn’t stand as the last thing that I ever say.

And I will do that one starfish at a time.