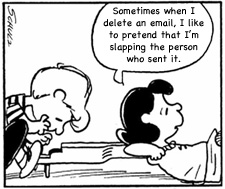 Every great movie has a memorable line that becomes fodder for the memeosphere. “If you build it, he will come” was the hot line from Field of Dreams, the 1989 classic. The line implied that by simply building a baseball field, something mysterious was going to happen.

It seems we may have adopted this adage when it comes to email.“Send it and they will read” seems to be the battle cry of millions of corporate citizens. There is a failure to recognize that the burden of communicating falls on the sender, not the receiver. If your email is not read, it’s because you didn’t make it readable. Readable emails get read – it’s that simple.

I would venture that over half of the emails I open are not readable. Most of them are too verbose, lacks an obvious purpose, have the wrong people in the sender list, or are only sent to cover one’s posterior. If I could avoid reading those, I would. Unfortunately buried deep within the bowels of some email is an important nugget of information that I need. Since I can’t tell ahead of time which emails are of value, I am forced to read the rest in frustration.

The reason I know this is because I have been perpetrating these crimes of email waste myself for the better part of my career. I am willing to bet that you have too. Here are some rules that I try to follow.

People like to read email the same way they like to read the news. They want to be able to stop reading when they have all that they care to know.

Don’t forward on a long stream of email interactions and only say, “FYI” in the body. This basically says your time is much more valuable than theirs. Add value to the interaction. 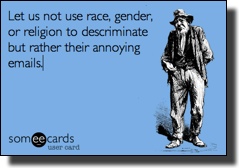 There could be a whole article on this topic alone. Let’s stay with a few of the basics. 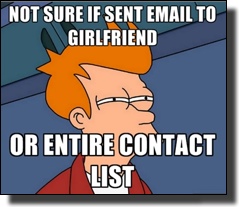 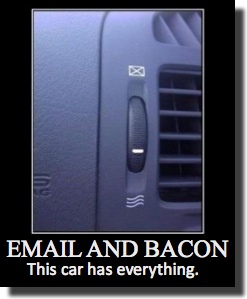 I admit that while I want to follow all of my personal recommendations, I fail often. In the heat of email battle, noble goals are often forgotten. They key for me has been to be purposeful in my communications, respect the the time of others, and take accountability for the effectiveness of my message being read and acted upon.

This is a long list. If you are interested in improving your email form, try taking one of the categories and focusing on it. Then, in a couple of weeks try another. As an old American Indian proverb goes, repetition is the mother of all learning.