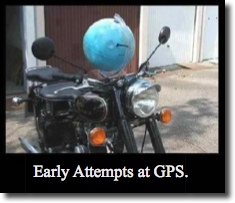 If you ever have the chance to ride in my car you will learn one thing very quickly – I have absolutely no sense of direction. This has greatly affected my bike riding. The reason my bike rides would often take three hours, is because the route was two hours. The other hour was finding my way back to the route after I had made a wrong turn. On the bright side, it’s made me a better rider.

My wife, Beth, on the other hand has amazing navigational abilities. You could put her in a city she has never been and she would be able to find any destination just by knowing the general direction and distance from where she started. No maps. It is a thing of beauty. This is why when we go on trips, I drive and she navigates.

There is one slight chink in our driver/navigator relationship armor. If Beth and I were going to a new location, say downtown, Beth would proceed to tell me every turn to make, just before we get to it. This doesn’t work for me. I want to know the route before I get in the car. I knew if I asked for the route ahead of time she would respond, “Why does that matter? You still won’t know how to get there. Just trust me.”At first I thought she was right. I just needed to trust her. I’ve since learned that it has nothing to do with trust. It has everything to do with the way I think and possibly the way you think.

I am a big picture kind of guy. I constantly search for the context of every situation. Whatever the situation, I want to know something about how the current state fits into a bigger picture. For instance, if I was given a Google map zoomed in tight enough to only include the route, I can guarantee that the first thing I would do is to zoom out. Before I zoom in to see any single turn in detail, I will want to see how it relates to the rest of the world.

When Beth gives me turn-by-turn directions, I am missing the zoom out feature. That’s why she now knows that she needs to tell me, “Joe, we are going to a location near Georgia Tech. It’s about 25 miles. We’ll be taking 400 to I-85 and exiting at North Avenue.” I don’t need the details of every turn, just the bigger picture.

If I had nightmares, I suspect that one of them would be getting into the car and asking Beth where we were headed. She would respond, “Now don’t you worry your pretty little head. I’ll get us there.” <Aaaaaaaaaa! Head explodes.>. 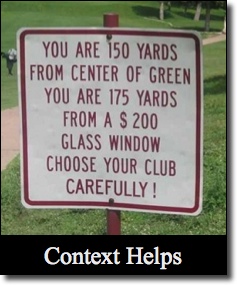 It turns out that this is a very common separation between the way people perceive navigation. In a study published in the Journal of Environmental Psychology, researchers discovered that “males approach a map from a global perspective, whereas females focus on local features.”

Why is this important? Because the bigger context has implications. Ignoring the gender aspects, this study supports the view that people prefer to come to an understanding of where they are either as subset of some bigger picture (allocentric) or as an aggregation of smaller points (egocentric). It will be very difficult for me to buy into your idea if I don’t see the bigger picture. I have to have context. Others might not be able to buy in without the supporting details.

This is why, when presenting an idea, I teach my teams to first give their audience a picture of the world. Then, draw an arrow that says, “You Are Here.” Then the presenter can go into the details, because they will have first satisfied the contextual people and have permission to provide the details that the non-contextual people will need to move forward. 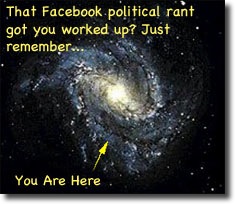 The order is important. Detail people like to see the big picture as well. They just won’t buy in until the details are presented. Contextual people are not as forgiving. It is very difficult for us to appreciate the details until we get a sense where it fits into the big picture. Once we have that, the details make sense and are valuable. Show the world context first and show them where they are in that map. Then you can zoom in on the details.

Having the big picture doesn’t guarantee that I won’t get lost. It’s just that when I do get lost I’ll have a better chance of getting myself back. Consider this the next time you are presenting your big idea.