Give Me Time To Recognize Your Genius 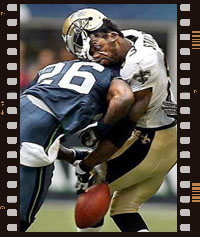 I never really understood the obligatory post-game handshake between two football teams. Here are two teams that just finished the last three hours beating the snot out of each other and now they are expected to raise a smile and say “nice game”. While they will eventually get to that point, I am pretty sure that they don’t feel it at that moment.

Don’t get me wrong, I totally believe in sportsmanship and dealing graciously with winning and losing. I just don’t know how one can expect such a dramatic change in two minutes.

That’s because you can’t – and it is no different in the business world or any other part of life. We all have what a friend of mine calls “take-up time” If you want to lead others with a new idea you have to really understand this simple piece of human psychology.

Take-up time is the processing someone requires to go from their current direction or view to accepting a different direction or view. It’s all of the little emotional states that one encounters to understand that change is being asked and that they need to accept it and then finally support it.

Everyone requires a different amount of time to process course changing material. Did you ever present someone a new idea that you thought was naturally brilliant only to find they were very resistant; the more you tried to convince them the more they dug their heels in? Then a couple of days later it appears as they magically got it and are on board. You really didn’t have to do anything, just let it lie. This is take-up time. 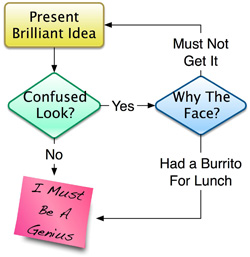 The hard part for us as leaders is that we assume the reason the other party isn’t on board is because we haven’t sold them. Our natural reaction is to talk more which is usually the polar opposite of what is needed. The more we try to sell the more it looks like an idea that isn’t good enough on its own.

Everyone needs time to get comfortable with a new idea. Some people can do this in a couple of minutes while others might take weeks. Some of this time is dependent on how radically different the idea while another part of the time depends on the individual’s personality.

The key here is to understand when to stop selling and when to just let someone get comfortable with an idea. You don’t need to go back every couple of hours and push a new angle. Just sit back and wait. If they have questions, make yourself available to answer them. Trust that they will ultimately come around. They still may be skeptical but if the idea is a good one they will in all likelihood agree to the new direction – with time.

Respecting their take-up time will go a long way in building a trusting relationship.

Today’s Question
Do you know what your take-up time looks like?