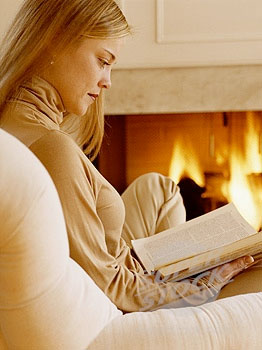 If you can’t help people grow you aren’t likely going to be worth much as a leader.

Unfortunately it is one of the areas that I see managers most often fail. Growth is one of the critical components that separates the two.

Developing people is hard; it often involves taking someone from a place of comfort to a place that is very unfamiliar. It’s like trying to convince someone reading their favorite book in a big comfy chair next to the roaring fireplace that they need to put on a blindfold and go for a car ride in the dead of winter. Why would anyone want to do that?

There are two parts to helping someone grow. First you have to understand the natural loss they will feel leaving the comfort of their chair. Second, you have to convince them that where they are going is of value to them.

One of the reasons people have a hard time moving from one stage to another is that we all have a built in psychological equation that values loss twice as much as gain – this is called loss aversion. In a well known study by Amos Tversky it was shown that people feel twice as much unhappiness from losing $100 as they do joy from winning that same $100.

This is really important to understand as it is at the core of why we are often irrational in giving up what we have to get something that appears to be of greater value. I emphasize “understand” – it is something you must know but really can’t affect, nor should you try.

I once had an engineering manager, Scott, that was technically skilled – it’s the reason he was often seen as the natural leader of his team. Scott soon became the manager of a very fast growing team. In order to help him learn the new skills he was going to need to develop it became clear he was going to now have to trust others to do his old role.

The problem is that while Scott understood this was necessary he had a difficult time actually doing it. First, for some period of time the next person is not going to be as skilled as Scott. Second, the role he was leaving is what made Scott successful. What if he was horrible at this new role? He was focused on what he was losing rather than what he was going to gain.

Scott was being asked to leave his comfortable chair in front of the fireplace. Double the fear of doing that due to loss aversion and it’s easy to understand why this can be a tough request. 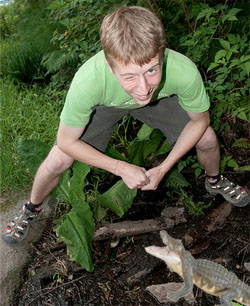 Even though Scott trusted me that a cold winter car ride was what he needed he had a difficult time leaving the role that made him successful. Imagine crossing a crocodile infested stream where one foot is on the future shore and the other on the past. It leaves you very vulnerable. You have to pick up the trailing foot if you want to protect your vital interests.

The problem is not Scott; he is being perfectly, humanly irrational. The challenge was that as a leader I had not taken into consideration the loss aversion equation. Since it will be difficult to do that by convincing him that he really isn’t comfortable where he is now, I had to work on making the destination more attractive.

I think the number one reason that leaders struggle in helping people grow is they aren’t painting a compelling picture of the future, the vision of what a person’s new life will be like and why it is worth giving up what has to date made them very successful.

“Scott, I really like what you’ve done this past year and I think it is time to take another step up the career ladder.”
OR
“Scott I know that it must frustrate you to have all of your great ideas seem to go unnoticed by the executives. I want to put you in a role where you will be part of a new team that will allow all of these great ideas you have to finally reach the executive team directly.”

Which is more likely to convince you to give up your comfy chair?

Back to the crocodiles – if you have a foot on each shore you can solve your vulnerability problem by removing either foot. If someone hasn’t painted a Bob Ross picture of the distant shore you will most often choose to remove the wrong foot.

To help others grow you have to know how to paint.

So as you look to move someone from where they are to where they need to grow you really can’t do much with the natural loss they will feel. The only real part of the equation you can affect is the picture you paint of the future. Learn to paint. Get comfortable with the idea and then practice it. You will not lead well if you cannot paint.

Today’s Question
How do you convince people to leave their comfy chairs when you know it is in their best interest?