There’s a busy street corner in the northern suburbs of Atlanta that seems like a great location for a restaurant. Lots of traffic, a movie theater across the street, a Home Depot next door and a WalMart across the street. That’s apparently what at least eight other entrepreneurs have thought over the last 15 years – each one having put in a low end Mexican eatery into the exact same location after the previous one failed.

Let me replay what I envision the conversation between the last owner and the loan officer sounded like. 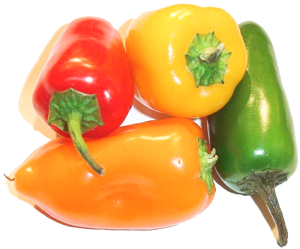 officer: So you want to put in a Mexican restaurant.

officer: What was the previous restaurant in that location?

officer: And before that?

officer: And before that?

While you may be chuckling at the stupidity of that conversation realize that same conversation happens with great regularity every day throughout the modern business world.

Product Manager: …and that’s why we need to develop product X as soon as possible or we will lose millions of dollars.

Review Board: Didn’t we try that exact same thing two years ago and it only sold one copy?

RB: Was the product a bad product?

PM: No, actually it was quite good

RB: Is the market different now?

RB: So what is different now?

RM: We have a whole new team and we’re a lot smarter now

I kid you not, that was an actual conversation that happened with me at a company that was considered extremely successful in its field. You would be surprised how many times people count on the stupidity of those before them as a reason why their idea is so wonderful now. I’ve met very few software engineers that once inheriting a new project looked at the code and said “Wow – this guy was brilliant!” Nearly every developer wants to rewrite the bad code from the past. It’s human nature and not just limited to the software field.

If you are aware of this brilliant dose of logic I am sure you see it happen all of the time. If you weren’t aware of it I guarantee that you will soon see how prevalent it really is, in many different forms. (see the previous column called The Red Honda Theory) 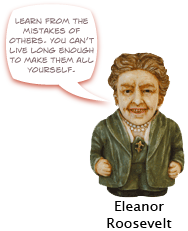 In order to avoid this fallacious reasoning you need to be armed with two things. First, you must know your history – know the failures of the past and study them hard. If you have been at a company a long time, this should be easy. If not make great use of the sage wisdom of those that have been there much longer than you. You need those that have “Been there. Done that. Have the T-Shirt.” These people will keep your tail end out of the fire more than you can imagine.

Second, practice saying this over and again until it is a regular part of your vocabulary.

What is different now than the last time we tried this?

It is an incredibly simple, powerful question. You will be surprised how many times you can use this short phrase.

At a previous company I was a part of many new product review panels. Often these new product ideas were a rehash of something we had tried earlier and failed. After a regular, repeated dose of “the question” everyone learned that I was going grill them on that. Because they knew it was coming people started coming prepared with their answer. Unfortunately sometimes the answer was still a shrouded version of “Because we are smarter now.”

Those people didn’t last with the company very long.

“Insanity: doing the same thing over and over again and expecting different results.”

Let’s be honest – we all do it. What would your answer in those situations typically be if you asked “What is different now than the last time I tried this?”