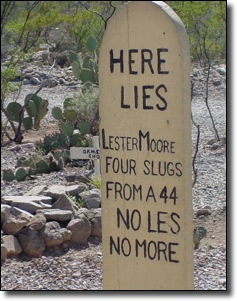 It was 9:45 pm. I didn’t have a chance to eat dinner that night and I was at the point where even McDonalds sounded like a reasonable alternative. Unfortunately, that was the only choice for miles. So I gambled.

Clearly, the crew behind the counter were not happy to see me. It was a slow night and I looked to be the last customer preventing them from getting home early. I ordered my Big Mac Value Meal and was surprised that it came back so fast. Having worked at a McDonalds back in high school, I knew that nearly everything after 8 pm was made to order.

The young girl behind the counter handed me a tray that consisted of a Big Mac, a Coke, and enough french fries to make me believe that the french fry fairy did exist. She leaned over the counter and said in a rather clandestine voice, “This was our last batch of fries and they were getting past their time to toss them out. I didn’t want you to have to wait for another 5 minutes so I gave you a lot more fries.”Stunned by what she just said, I accepted the order and sat down to eat my meal. Sure enough, those fries should have been thrown out – but at least I had a lot of them! 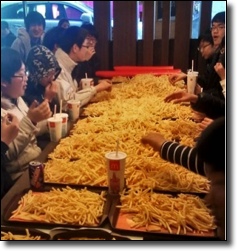 Sound familiar? If not, you probably haven’t looked hard enough to see that we all do this. In the world of software engineering, this is what the development cycle looks like – more features, faster. Our hobbies also play this tune. How many tennis rackets do you have? Did you become better when you got more? A friend of mine has 6 road bikes and he is the only one that rides in his family. How many LinkedIn connections is too many? Did the average quality of your connections improve as your circle became wider? Even the one thing we all wished we had more of, free time, may not yield the result we had hoped.

This isn’t a column about how more is not better. Often, more is better. I simply ask whether more is compensating for better. Is there a trade off? If so, are you taking the right option?

I am a musician; a keyboard player. I have owned a large assortment of pianos, synthesizers, and accompanying electronic effect processors. I have pictures of rigs that have keyboards in racks taller than I was. As I kept adding more and more, I realized that I knew less and less about each synth. 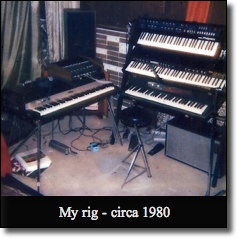 One day I was looking to buy a new synth that had this really cool feature. After doing all of my research, I discovered that one of the instruments I owned already had this ability. I was somewhat embarrassed that I didn’t know this. How was that possible?

I have since spent the last 20 years playing with essentially the same rig. I now focus on learning all of the intricacies of how to make this now ancient gear scream. The answer to all of my musical challenges was no longer “more gear,” but rather, better use of what I already had. I didn’t need more fries.

Is your “more” getting in the way of your “better?” Is quantity watering down your intimate understanding of what you have? Is the excitement of something new taking over the mastery of something old?

It was for me, and I am much happier for having recognized that.