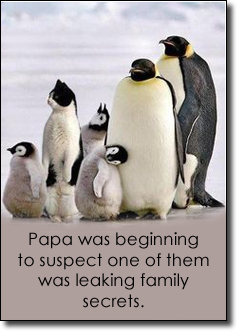 The one practice that I thought was most helpful in my early career became something that I now avoid – the insider.

An insider is a member of your team that seems to have his finger on the pulse of what others are doing, thinking, and feeling. He is a great way to test your ideas before taking them to a larger audience. He is connected to everyone and has a great capacity to help you understand what your team is thinking. Most importantly, an insider brings you insights about your team that you may not have otherwise understood. Team members often feel uncomfortable telling you something because you are the boss. An insider helps bridge that gap. He fully believes that he is helping both you and the team connect.I relied heavily on insiders early in my career because I had not yet begun to fully understand group thought or group dynamics. I missed the subtleties of human behavior. I needed a frying pan to the side of the head to sometimes figure out emotional clues. Whenever I wanted to get a 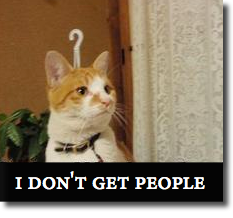 feel for what the “true story” was inside the team, I knew the insider would know the buzz.

I know this because I was once one of those insiders. My bosses always relied on me to help them understand what others were thinking. HR often relied on me to characterize the mood of the engineers. I have always developed strong, trust-centered relationships, which helped give me insight into what others were thinking. After building enough of these trusted relationships, I soon discovered that I had a sense for what a group was thinking. I would never break a trust or say something that was meant in confidence, but I would try and faithfully represent what others wanted me to represent on their behalf.

Be careful. Becoming dependent on insider information can lead to future problems. Despite his best intentions, everything he hears comes through an input filter and everything he says goes through an output filter. Every bit of additional meaning he adds goes through the 171 identified cognitive biases that we all possess. That’s not even considering the fact that he may be intentionally stretching things a bit to match his own objectives. Trying to develop a single view of your team through a single, fallible lens makes you vulnerable. As accurate as you might think he is, he is going to get things wrong or mischaracterized and now you’ve created a single point of failure. 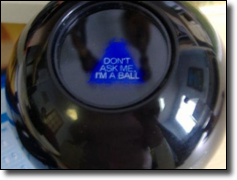 When we start relying on our insiders, we become lazy and dependent upon them. They are an efficient way to get a quick pulse of the team making it less important to develop the one-on-one trust relationships that are really required. Yes, it is much more time consuming to develop each of these one-on-one relationships. Yes, you may not get the most honest answers from the individuals due to your position. But, if you don’t keep these channels open, they will definitely not grow into their potential. There is no substitute of developing good one-on-one relationships.

If you have become reliant on insiders, there are a couple of things you can do to change things. Begin by removing some of the questions you might ask – especially those that require someone to represent another person or group. You should avoid questions like, “What do the others think,” or, “How do you think this new idea will go over with the rest of the team?”

If someone tries to represent someone else’s point of view, curtail the response with, “I’m most interested in your opinion, Nicole. Let’s stay focused there, please.” It both shuts down the insider conversation and gives the added bonus of demonstrating your interest in her own ideas.

It seems as if you’ll be cutting off a valuable line of information when you cut out the insider conversations. Think of it more like pruning a branch back to allow all of the branches to grow stronger. It will give others confidence that they will not be represented by someone else in the group, but rather, by their own relationship with you. In the end, it will help reduce the gossip, demonstrate your focus on each individual as a direct contributor, and promote personal accountability.

I still struggle with wanting to go to a single source for information, especially when my schedule owns me and I have precious little time to even breathe. I have noticed, however, that when I consciously take the time to avoid insider conversations, the health of my team greatly improves.