The Trouble With SMEs 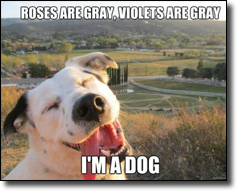 They say that ignorance is bliss. I’m guessing that is until you realize that you are ignorant. But is it possible that you may be hurting your opportunities for promotion by knowing too much?

I never would have thought that until I had a chance to talk with a friend that had announced he was leaving his company.

Alan was known by what many call a SME – a subject matter expert. He is an incredibly smart man that knew his business inside and out. His knowledge and insight of all things related to his customers and the inner workings of the product made him the guru that everyone sought out for advice.

Alan had outlasted many others in the organization, so he was a wonderful historian and keeper of all that had been done in the past. Clearly he had job security – and that was part of the problem.

When I asked Alan why he was leaving he gave me some insight into a couple of interesting observations he had made.

Alan had become a noun rather than a verb. He was known as the answer man before being known as a solver of big problems. The unfortunate part was that Alan had solved many big problems, but the SME tag shone so bright that it overshadowed his other accomplishments. They couldn’t see the forest for the trees.

When people get this good at something, others tend to become too dependent on them. SMEs are the quick and easy answer to some of our toughest questions. That’s the second reason becoming known as an expert can be dangerous. Companies can’t afford to advance the SMEs to another role because of the hole that would leave behind. The company has become addicted to their knowledge and can’t imagine life without it. The thought of taking the time and effort of grooming another SME when they already have one seems inefficient. So they just keep paying a higher premium to keep the expert where they are. This is what is known as the velvet handcuffs.

What Alan said next made me fully appreciate why he needed to leave.

I’m so good within this comfortable SME box that I have been placed into that I am no longer scared. As long as I am here, it will be tempting to run back to my comfort zone, and I have hundreds of people that will allow me to keep coming back to that role.

Alan was a drug dealer and the company was his buyer. Everybody needed him to remain and do what they thought he did best. It would have been 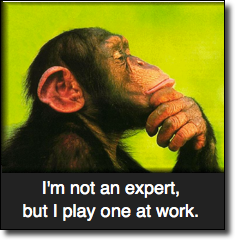 easy for Alan to continue selling his goods, except that he was no longer happy and wanted something more. He knew he was much more than a drug dealer and needed to shed that role. Sometimes the only way you can make a giant shift and not revert to the past is to leave the community you built – and that is what Alan did. He had found the key to his velvet handcuffs.

Everybody needs to become intelligent in whatever job they perform. I am not advocating widespread ignorance. I think Alan has demonstrated, though, that there is danger in becoming known first and foremost as a subject matter expert. There is not danger in the knowledge you have, but in the perception of who you are.

Always be known as a verb first, rather than a noun.