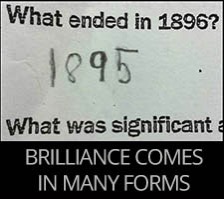 Our son, Jared, has always been mature beyond his years. He’s also the smartest person I have ever met – except when it came to some basic things that Beth and I take for granted. He just graduated from Georgia Tech in Chemical and Bimolecular Engineering with Highest Honors (Summa Cum Laude at other schools). Having taught over 500 students, he was voted the Teaching Assistant of the Year for all of Georgia Tech his senior year. He worked for three semesters in engineering co-op positions and even went to France to be a teaching assistant at the request of the professor teaching the class.

I tell you this not to brag (well maybe a little) but to offer context for what would be one of the greatest and most humbling lessons I have learned. It all started with a phone call during his Junior Year.“Hey Dad,” said the late night voice from a phone in his Georgia Tech dorm room.

“How are you doing Jared?” I replied.

“I’m great, got a couple of things to catch you up on. First, I was given a full tuition scholarship for next year,” he started. A happy, lengthy conversation ensues. He continued, “The other news is that Maggie and I broke up.” (Maggie isn’t her real name.)

“Oh I am so sorry, Jared. She is such a wonderful girl. What happened?” I said with a bit of a broken heart.

“There were probably a number of things,” he explained, “but I think the fact that I am thinking of going to seminary might have something to do with it.” 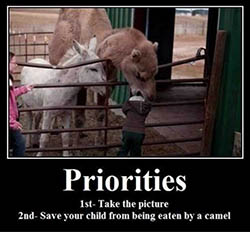 It was at that point that I realized that Jared would make a lousy news producer.

“WHAT?!?!” I said with jaw laying on the floor. “You are going where? Did you think telling your Dad that you are considering becoming a priest might be your lead story? You buried the lead!”

Okay, that was an odd response, Joe. Keep calm. He did say thinking. He does do a lot of thinking. This is just one more log on the fire of the eternal search for wisdom.

I admit I was shaken by the news. I remember my wife’s words of wisdom that night, “Don’t worry over what hasn’t happened yet. We’ve got time to understand what is going through his mind.”

Many months passed. We didn’t really talk about that conversation. I was playing ostrich and everything else but seminary was sand. By the time his senior year was in mid-flight I had thought this fleeting idea had flown away.

Then came THE night. Jared had asked to talk to us. To be honest, in all of the conversation that happened all I can really remember are the words “I have decided to go to seminary after I graduate.”

It was not my best moment. I was in a daze. Words escaped me. I was angry. I was shocked. I was frightened. I was not in control of myself. I turned away and went upstairs to our bedroom and threw what can only be described as a 53 year old temper tantrum. 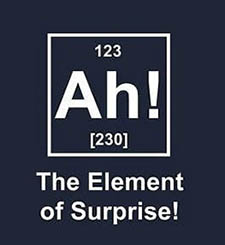 It had nothing to do with faith and yet everything to do about faith. Our blended family members are all strong Christians. Our daughter follows the Episcopal faith of her father and step-mom. Beth is formerly Lutheran and I formerly Catholic and we are both now non-denominational. Jared follows the Catholic faith of his mother. It has made for some very entertaining discussions.

Becoming a priest was never an issue with the vocation or being Catholic – it was about expectations. We have spent over 20 years doing everything possible to allow our kids to become successful. We didn’t want them to struggle financially like our parents did. We imagined a time when they were happy, had comfortable paying jobs, married, 2.3 kids, and a white picket fence just like every other parent dreams. It is that image that drove us to endure the more challenging days of parenting.

That day it hit me. There would be no daughter-in-law. There would be no 2.3 kids. There would be no comfortable paying job. The white picket fence is more likely a parking lot for parishioners. My expectations were shattered. I thought I would find comfort in sharing the news with a few of my closest friends, but it seemed that they saw things differently than I did. I was comforted by that – but I was still confused. 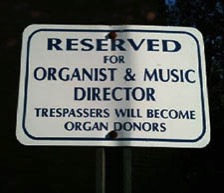 Jared and I had some great conversations about his choice, how he came to his decision, the incredible quest he undertook in making sure this was truly a calling. I think he actually studied this decision more than any other subject before. He encouraged our discussions to challenge his decision in a way that proved me how confident he truly was in his choice.

I acquiesced to his decision. I was ok with it and could support it, however, something inside of me was still bitter. Here is a kid that had it all. He is incredibly intelligent. He was one of the nicest people you would meet. He loved spending hours talking with people. He cared far greater than I thought was wise at times. He often brought food for a homeless man at the Marta station. He is an amazing teacher with the patience of Job.

Wait, the patience of Job? All of these things were not typical of the soon-to-be world’s greatest scientist. They are closer to attributes of a great priest or pastor.

When I woke the next day, I was doing some research for a presentation I was about to give when I came across a quote that has changed me forever.

It takes courage to grow up and become who you really are.
e.e.Cummings

It hit me like a brick. Thinking back on the conversations in my head the night before it was clear that Jared has all the attributes of a great priest and that this is truly who he really is. The dumpster fire of thoughts I had up until then were because of my expectations, my desires, and my plans foisted upon him. I had used Jared’s constant success down this path as confirmation that going to Tech and becoming an engineer was the right choice. But Jared was called differently and it took incredible courage to face his parents to tell us of different plans. 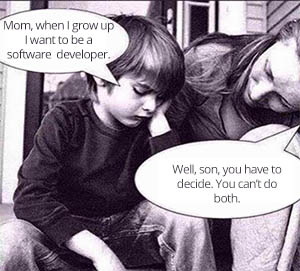 Oddly, one of the few things I vividly remember from his early childhood was saying to others, “I would not be surprised if Jared became a priest someday.” Everyone would laugh as if that were not going to happen, yet nod as if thinking he would make a great one. It is amazing to me how one simple quote could make the world right again. This single perspective has made me fall in love with the thought of our son the priest. I couldn’t be prouder knowing that my son is becoming who he really is.

How many of us grew up to become who we really are? How many knew who they were but chose a different path because it was more comfortable or satisfied someone else’s expectations of who we are? How many have the courage to stand up to their parents, knowing they would make them cry because of a choice we knew to be true?

It is said that peace flows like a river. I wish each of you the best in navigating your own river, free of the dams that are other’s flawed expectations.