Your Tactics Are All Backfiring 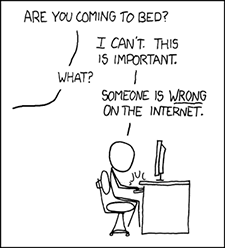 When was the last time someone asked you for your advice on who to vote for President? I thought so. Why is it then that so many of our friends offer their advice when no one really wants it?

The people that want it are the people that already agree with the post – no one else. Oh wait, there was one other person – that guy that loves to argue. I’ve already unfriended him. No one ever said, “Man I hope someone will come along today and convince me I am wrong.” I have never seen an opinion swayed as the result of those posts.

If you are posting information trying to persuade others to change their mind, there is psychological research that says that not only are you ineffective at changing opinions, you are hurting your cause. It is this research that demonstrates why all the tactics to bring down Donald Trump are failing.

On the paved highway known as rational thought, we humans have quite a few illogical exit ramps known as cognitive biases. These exit ramps are like Stuckey’s, we can’t explain nor resist the lure of a good pecan log roll.During election time there is one exit ramp that is highly traveled. It is called the backfire effect. Discovered by Nyhan and Reifler in 2006, the backfire effect tells us that when someone holds a belief, rational or not, if you present information that refutes their position it will actually strengthen their current belief. In other words, you are actually hurting your own cause by causing the other side to become more entrenched in their ideology. 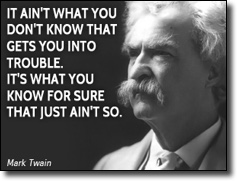 The backfire effect is related to a couple of other biases which you may already know. The first is confirmation bias. This an information selection bias. It says that when we have a belief, we will put more credence to information that supports that belief and discount information that challenges our belief. This is why your job interview lasts only 5 minutes. The other 25 minutes are the interviewer using everything you say to confirm the conclusion he has already drawn.

Belief perseverance is on the exit ramp between confirmation bias and the backfire effect. This is the idea that once you hold a belief you tend to dismiss contradicting information and cling to the original belief. You may use confirmation bias, or any other number of tactics to justify your position.

The backfire effect is now more debilitating than ever because information is so readily available to support any belief. Do you know how much of a doctor’s time is spent convincing a patient that they don’t have a brain tumor – they are just having neck spasms, or convincing a patient that the broken toe they got playing tennis is not a precursor to FOP. Thank you, internet. The moment someone gives us a convincing article on why our candidate is a putz we are only one Google search away from refuting their claim, making us more even more entrenched. The internet is not affected by the laws of truth and all that is good – it supports all positions at any time.

If we truly want to influence a person that already has a position we must take into account human nature and vulnerability to overcome the backfire effect. We are vulnerable when we make a choice and the human spirit wants to protect that choice. It doesn’t seek information to make it feel foolish. The worst way to get its attention is by throwing more data at it or insult those that it has sided with. It’s why it created all of these protection biases in the first place.

If you want to convince others you must start with empathy. If you cannot understand why they made the choice they did to begin with you have little hope of influencing them. To 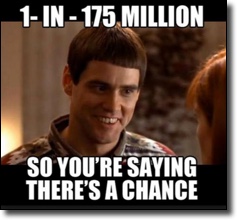 identify the opposition as ignorant only demonstrates one’s own ignorance. You must also appreciate that in your journey to understand those with differing views that you too may change your mind. Is that what scares you?

Empathy is much harder than a Google search, and like water running down a hill, we seek the path that is easiest. The advent of social media has dehumanized many of our relationships making empathy even harder. Throwing more information often does more to discredit ourselves than it does to change others’ minds.

So stop with the articles, the diatribes, and the insults. Take a moment to try to understand why someone’s state in life might actually justify their position. If your answer leads you to believe that the reason they are wrong is because you are smarter than them, then you have failed. This is contempt, not empathy. Get to the root of the issue, not some superficial stereotype, because more data isn’t going to change their minds. Your current tactics are all backfiring.