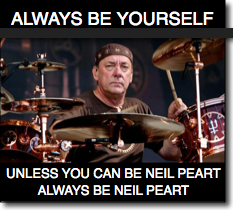 You can tell that the boys in the band were amused. I hadn’t laughed that hard in years. After I finally stopped laughing, which seemed like hours later, it dawned on me that Colbert’s question was as deep as it was funny. Why is it that whenever a star is asked who their major influences are they never say, “myself?” It would definitely make that person look unsettlingly egotistical, so you would never hear those words uttered. But is it ok to think it? I think I accidentally answered that question this morning.
I had one of those weeks were I was feeling quite defensive. I felt as if everyone were thumping their finger in my chest challenging every decision I had made. I was clearly being far too reactionary, turning small mostly innocent jabs into personal attacks. I knew I was over-reacting, but somehow I still felt justified in my actions. 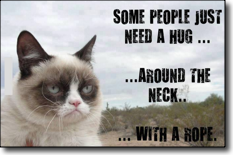 When I awoke this morning, I was still carrying the emotional baggage of the week. I convinced myself that today I would try and overcome my personal pity party I had created by sitting down to write a Stranded Starfish column. Maybe thinking about the fun topic I had in mind would help me leave my party.

My topic was ready and surprisingly well thought out this time, which is highly unusual this early in the writing cycle. But, it seemed eerily familiar. Had I written on this subject before? Maybe the reason I was so complete in thought is that I had already penned that column before. I proceeded to search through my past columns to see what I had written on this topic. Much like searching through an old chest in the attic for that one item you remember saving, I kept stopping to read through some of the older columns, even though I knew they weren’t what I was looking for. I was reminded of Steve Gray, Bryan Williams, and Mary Alice. I stopped to soak in the life lesson I had learned from Steve Farber, the history lesson from “Animal House,” and the improv lesson from “Whose Line is it Anyway.” There were so many things that I had forgotten I had learned.

Then, something unexpectedly happened. I read a past column that gave me the answer I needed to overcome my emotional baggage of this past week. It was a column about wearing my “happy hat.” That’s it – I needed my happy hat! It was very simple, but effective, advice provided at just the right time. I had just taught myself something I already knew. I just influenced myself. Oh wait, was that unsettlingly egotistical?

It really isn’t. If you break down that column, it came from a lesson I learned from my daughter, Lauren. I just captured the story and formed it into a lesson I had learned. I was really being influenced by her, more than myself. But it never would have happened had I not taken the time to turn a fleeting interaction with an insightful young teenager into something I could continually return to for a refresher course in solving life’s challenges.

That’s why Colbert’s question is much deeper than it sounds. Our ability to influence others is strongly rooted on those that have influenced us. Much like Rush, after your song gets long enough, you find that you may have forgotten the beginning of your song. You eventually rediscover those early notes and it re-influences you to a higher ground. Congratulations, you have just influenced yourself.

This weekend marks the 5th anniversary of the first Stranded Starfish column. This makes for a very long song. While I am still relearning much of what I wrote about five years ago, I am ever more confident in my initial reason for taking on this writing adventure.

I started The Stranded Starfish to help make a difference in one starfish at a time. But I also had the selfish desire to help myself. I wanted to become a better person through deeper reflection about my thoughts and beliefs. I am thrilled at how much I have learned from taking ideas out of my head and putting them on paper. Creating meaning out of random thoughts has changed my life.

My advice to you is that you consider a similar task. Find a way to take what you are learning and memorialize it. It doesn’t have to be a blog – just get your thoughts down on to something more permanent than your mind. Your mind will fail you; you can always backup a hard drive. Many people write a journal. Do more than simply record the activities of the day. Instead, write down what you have learned that day, week, or month. Then, occasionally take time to go back and visit your mind’s attic by rereading your previous lessons learned. I think you will be amazed at how profound some of your thoughts really were.

“But we, pale and alone and small in that immensity, hurled back the living stars. I could have thrown in a frenzy of joy, but I set my shoulders and cast, as the thrower in the rainbow cast, slowly, deliberately, and well. The task was not to be assumed lightly, for it was men as well as starfish that we sought to save.”

While this column is crafted to help reach a single starfish, it is equally important that I, a solitary star thrower, recognize that this venture has greatly affected who I have become. I wish you the same joy in your efforts to influence yourself.

Hopefully next time I’ll get to the column I had originally planned for today. Thank you all for your wonderful support. A special embrace to those that started in this journey together on a Saturday morning five years ago. May God bless you all.